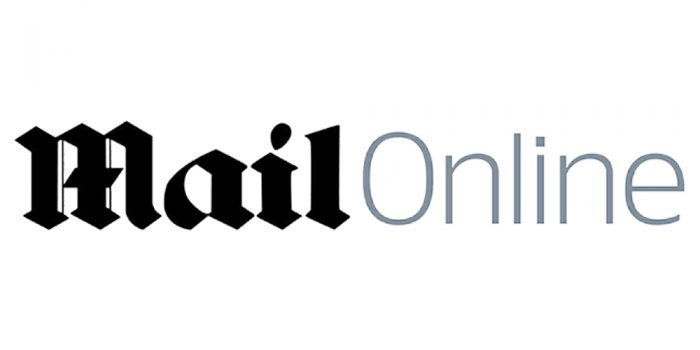 One of the first female fighter pilots to serve in US Navy revealed she was told to ‘go find something girls can do’ after she inquired about a career in aviation at school.

Speaking on the Changes podcast with Annie Mac, she told that after applying for the Air Force, she was told the military ‘don’t need women pilots’, and to ‘send her brother’ instead.

Despite the adversity she faced, Tammie said she ‘decided not to be offended and a victim’, as she believed she had the ‘raw skill set’ necessary to become a fighter pilot, and would keep going until she achieved her goal.

Shults made headlines in 2018 when she safely landed a Southwest Airlines flight after the engine exploded in mid-air, killing a female passenger.

‘I think everybody has adversity in their life,’ said Tammie, ‘I saw it in my dad’s and my brother’s lives and so trying not to be offended is really a big step towards not being a victim.

‘I thought I can be offended and a victim or I can just listen and see if there’s something I could do here. It seems like the doors were shut then I realised, “no they’re not”.

‘I went through seven recruiters because I just thought, you know, I think I have the raw skill set and if I don’t, I’m sure they’ll let me know. A saying in our family was keep your feather well oiled.’

Tammie grew up on a ranch near Tularosa, New Mexico and would watch jet aircrafts from the nearby Holloman Air Force Base. She became determined to become a pilot.

‘It would be junior high’, said Tammie, ‘That’s when I noticed the jets overhead more often and that was when I was old enough to start gathering books and reading about it.

‘So getting to read about something, we didn’t have a telephone or a television, so I would check out books and I felt like I got see aviation from behind a pilot’s eyes’.

During her final year of high school, Tammie investigated the possibility of a career in flying, but was told by a military colonel on her school’s career day that ‘This is career day, not hobby day, you need to go find something girls can do.’

Deterred from aviation, she attended Mid-America Nazarene College where she earned degrees in biology and agribusiness, graduating in 1983.

After meeting a qualified Air Force pilot at university, Tammie was inspired to apply for the same role, but was once again turned down.

However at the age of 23, while doing graduate studies at Western New Mexico University, Tammie found her third recruiter, this time for the Navy.

She told: ‘Two years after college, seven recruiters, three branches of military and I finally got into aviation officer candidate school, which is the Navy bootcamp for pilots. ‘

During her time in the military Tammie was awarded four medals and while women were banned from flying combat sorties during Operation Desert Storm, she flew training missions as an instructor aggressor pilot for naval aviators.

After leaving the military, Tammie joined Southwest Airlines as a pilot, where she safely landed a flight after an engine exploded, smashing a window and killing a passenger who was sucked out of the aircraft.

Tammie calmly landed Flight 1380, a Boeing 737 carrying 149 people, in Philadelphia in 2018, when disaster struck just 22 minutes into the journey from New York to Dallas.

Mother-of-two Jennifer Reardon, 43, died after shrapnel from the shredded engine smashed the window next to her, causing decompression in the cabin that nearly blasted her out of the jet.

The crew conducted an emergency descent and diverted to Philadelphia International Airport, and speaking of the moments after landing the plane, Tammie told of the ‘selflessness’ of the surviving passengers.

‘It was very sobering and I have to say, she said, ‘One of the things that struck me first was instead of anxious and people driven to get off, there was this calm and attentiveness.

‘And when I say attentive, I don’t just mean to me the captain – they were attentive to each other, total strangers. It was amazing just to see how people were helping each other so selflessly, you know, total strangers getting down on their knees to tie another person’s shoe.

‘We were able to return 148 people to their life and their loved ones, but we were not able to do that for one for Jennifer Reardon. The survival of many never eclipses the loss of one.

‘So I think the soberness of what we had all finished going through and it does leave you changed.’