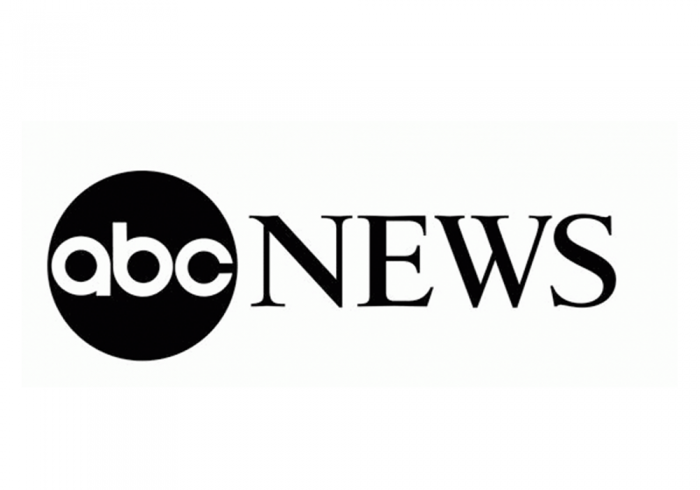 Tammie Jo Shults and Darren Ellisor, the pilots who safely landed a Southwest Airlinesplane on April 17 after one of its engines failed, said it was teamwork and training that helped them get through the “life-changing” experience that left one passenger dead.

“You just realize, obviously, we’re at the front end of the aircraft, so we’re in charge,” Shults, the captain who landed the plane, said in an exclusive interview with ABC News’ “20/20.” “I don’t remember anything other than starting to think through what the plan is. And it worked well.”

“Your instincts kick in, you know, stuff that you’ve prepared for, you know, ever since you started flying … and this training just takes over,” Ellisor, the flight’s first officer, told “20/20” exclusively. “Was there some of that fear? There probably was deep down, but I, you know, pushed it away.”

The pilots were forced to land Southwest Flight 1380 at Philadelphia International Airport last month, when it experienced engine failure about 20 minutes after takeoff.

The Boeing 737, which was en route from New York City’s LaGuardia Airport to Texas’ Dallas Love Field, was carrying 144 passengers and five crew members at the time, officials said.

Shults, a U.S. Navy veteran, and Ellisor, a 44-year-old U.S. Air Force veteran, had just met each other the previous day while piloting flights together. Both said they’d flown planes out of LaGuardia countless times.

“It was really like any other flying day,” Shults, 56, said.

Shults’ husband Dean is also a Southwest pilot and was supposed to be the captain on Flight 1380 that day.

“I traded for the trip with my husband. I’m not trading with him anymore,” Shults said, laughing.

Shults said her husband offered to fly a different flight so that she could make their son’s track meet.

“Dean, being the amazing husband he is, said, ‘You go to the track meet, I’ll switch and take your trip.’ And so that’s why I was on the trip,” Shults recalled.

As the plane left New York, Shults was at the controls while taxiing, while Ellisor was in charge of the aircraft during takeoff.

“Everything was exactly the way it’s supposed to be, just rolling down the runway and when you get to a certain speed, you take off,” Ellisor said. “And then the hardest part was her job, talking to all the air traffic controllers ’cause there’s a bunch of airplanes out there talking, and everything was very routine, and that’s just all what we do day, after day, after day.”

But as the plane passed through at about 32,000 feet, Shults and Ellisor felt the first signs of trouble.

“We had a large bang and a rapid decompression. The aircraft yawed and banked to the left, a little over 40 degrees, and we had a very severe vibration from the number one engine that was shaking everything. And that all kind of happened all at once,” said Ellisor.

“My first thoughts were actually, ‘Oh, here we go.’ Just because it seems like a flashback to some of the Navy flying that we had done,” Shults said. “And we had to use hand signals [and some yelling], because it was loud, and it was just hard to communicate for a lot of different reasons.”

Because of the high vibration of the plane, Ellisor and Shults say they thought it might have been a seizure of the engine’s air.

“It means the engine just stops rotating and spinning. And it was very disorienting to have all these things happen at once. And I actually couldn’t make heads or tails of what was going on, you know, looking at the engine instruments, trying to figure things out,” Ellisor said. “It’s disorienting for a second before you grab everything and start flying again.”

They quickly realized it was something else when there was rapid depressurization and the need for oxygen masks.

“The seizure of the aircraft would not cause a rapid decompressions, so we knew that something extraordinary had happened pretty quickly,” said Shults. “We would have turned to Philadelphia anyway and started coming down, we just wouldn’t have tried to get down so quickly. But getting down to richer oxygen was certainly an important task.”

Shults communicated with air traffic control that they wanted to land in Philadelphia, after realizing they needed somewhere with runway length and ground support.

“Darren handled it beautifully and not trying to force the aircraft to stay on altitude and return to that heading, which is kind of a normal pilot reaction, or can be to get back on course,” Shults said. “He followed the aircraft and let it stay in a nice controlled flight status. And it was a bit of a rough shudder until we slowed it down a little bit.”

Ellisor then switched controls over to Shults, so she, as the captain, could make the landing in Philadelphia as per Southwest protocol during unusual landings.

Shults said, “At that point, we really just — because of the noise and different things — we had to be flexible and just use things that we had learned in previous training. And we kind of just split the cockpit and I did flying and some of the outside talking, and he took care of everything else.”

They also had to put on oxygen masks, with Ellisor putting his on first while Shults kept a hand on the controls.

“Then we had some switchology to do to be able to communicate through the mask. And then it was really just back to flying. Aviate, communicate, navigate,” Shults said laughing.

A few minutes before landing, the pilots were finally got in touch with the flight attendants, who informed them that there were injured passengers and that a window had shattered.

“[The flight attendants] let us know that we would need EMS immediately when we landed,” Shults said.

“That’s when we decided it was time to go land,” Ellisor said.

Ellisor and Shults say when they knew there were injuries, they decided on a short-approach landing, as opposed to the long-approach landing that they first asked air traffic control for, so they could get on the ground even more quickly than they’d have liked to.

With a window out, the pilots said they also changed the way they flew the plane.

“Obviously, that would mean that the passengers [have] some fast air going through the cabin, so, you know, we just did our best to make it a descent without the high airspeed,” said Shults.

The two said they were never worried that the plane would land any other way but safely.

“As long as you have altitude and ideas, you’re okay. And we had both,” Shults said with a laugh.

“It was an Air Force landing, not a typical, hard Navy landing,” Ellisor joked. “But Tammie Jo, she did a fantastic job, considering the condition of the aircraft and the situation it was. She made a great landing.”

“We kind of knew just from the great training that we’ve been given, whether it was military or from Southwest. We just took the knowledge that we had, pooled it, and used our system knowledge as well, and decided the flap setting and things,” said Shults.

After landing, Ellisor and Shults said they don’t remember saying anything to each other because they were still busy on the job getting their post-landing tasks done.

Shults then walked through the plane to check on the passengers and the flight attendants at the back.

“My mother had told me, ‘If I’m flying, I want to know what’s going on.’ So I thought I would treat them like I would treat my own family,” she said.

As he walked off the plane, Ellisor called his wife Jennifer.

“I had to tell her a couple times, ‘I’m okay, but there’s been an accident.’ And she was pretty upset,” Ellisor said. When he was finally reunited with her, Ellisor said, “It was a lot of hugging and not a lot of words for a while. Just holding each other for quite a while in the entryway as I came through the door.”

Shults said she texted her family, including her 18-year-old son Marshall, who has his private pilot license.

“When I told [Marshall] that I’d landed single engine in Philly safe on the ground, his immediate text back was, ‘That’s why Southwest gives you two,’ so I didn’t get the sympathy you did,” she joked to Ellisor.

When the window on the plane shattered, Jennifer Riordan, a 43-year-old mother of two sitting in the window seat on the jet near the failed engine, was partially sucked out of the aircraft. Passengers and crew pulled Riordan back inside and attempted to resuscitate her while the pilots executed an emergency landing at Philadelphia International.

Riordan was transported to a hospital in Philadelphia where she was later pronounced dead from blunt force trauma to her head, neck and torso, Philadelphia Department of Public Health spokesman James Garrow told ABC News. Her death was listed as an accident, Garrow said. Seven others suffered minor injuries and weren’t taken to hospitals, officials said.

According to the NTSB, it was apparently a fragment of the engine cowling that struck the window and shattered it, resulting in depressurization of the aircraft and Riordan’s death.

Shults said she and the crew sent a card to Riordan’s husband Michael Riordan.

“Hearing some of the things that her husband has said subsequently that just makes us think what a sweet and rich family they are,” Shults said. “We wanted to be respectful and let them have some time to mourn without us being public.”

Shults and Ellisor said they’ll be forever bonded by the experience.

“Going through something like this, it certainly galvanizes your personalities together and your friendship. I mean, we’ll be in touch the rest of our lives. Even though he’s going to upgrade and be captain,” Shults joked with Ellisor.

“It really was life-changing. I mean, because it’s not something that we’ve ever had happen before, and you know, almost certainly won’t happen again because the chances are just too astronomical,” Ellisor said. “So you have this surreal moment of going through it and working together to solve the problem. And then you’re left to pick up the pieces once we land and move on. And you know, that’s something we’ll do together as a team and as a family and I’m happy that she was with me.”