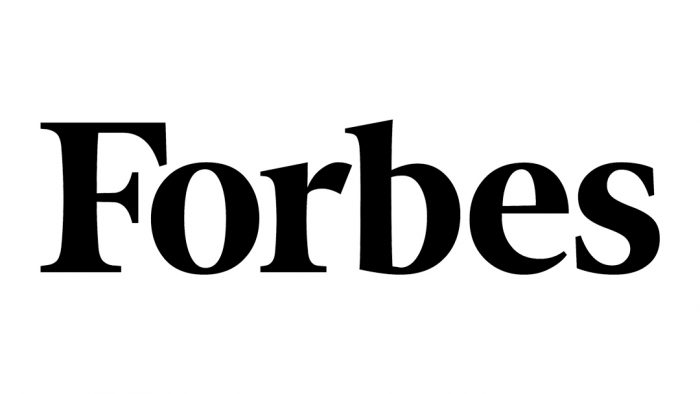 When it comes to times of uncertainty, few things equal losing an engine when you’re 32,000 feet in the air.

Now, imagine you are the one at the controls of the aircraft. There are 146 people counting on you and your co-pilot to keep your cool and safely bring the 93-ton vehicle to the ground.

On the morning of April 17, 2018, that was precisely the predicament that Southwest Airlines pilot Tammie Jo Shults found herself faced with aboard SW Flight 1380. A former US Navy fighter pilot, Captain Shults had experience as an instructor in the Navy’s Out of Control Flight (OCF) program, but this catastrophe was of an entirely different magnitude.

22 minutes later, Captain Shults and her co-pilot, Darren Ellisor, brought the damaged plane down carefully in Philadelphia. Their story was one of remarkable courage and composure amidst the most harrowing of times, and Captain Shults has been widely and deservedly lauded for her cool demeanor during the entire ordeal. A key element that helped her through it was a lesson learned years before as an OCF instructor: “I don’t have to be in control all the time to be able to get back into control.”

Tammie Jo would later recount that fateful day in her memoir, Nerves of Steel. In the discussion that follows, she shares the lessons she learned over the course of her career that shaped her and helped her respond to the moment of crisis with a cool head.

You mention in passing at the beginning of the book how you were an anxious child, to the point where your parents sought medical care for your anxiety. Yet by the end of the book decades later, following your harrowing flight April 17, 2018, the EMT who examined you said you had nerves of steel, that your heartrate wasn’t even elevated. How do you think you overcame that anxiety, and to what do you attribute that transformation?

Shults: My parents had this great practical way about them. They raised four kids, one with cerebral palsy, without insurance. Medical things had to have a very sensible approach.

When I was in second grade, my anxiety had gotten severe. I was having vertigo in the classroom when tests were coming about. My parents did take the time and expense it took to have me looked at. The doctor came up with the idea that I was just a spoiled child with a nervous disposition that I’d never be able to overcome, and I just needed to be put on tranquilizers.

My parents thought, “Okay, she’s not spoiled. We know what her life is like. We know that’s not true.” They helped me take life at a pace that wouldn’t overwhelm me, to circle challenges and come at them in a different angle. If there was something coming up at school and I started getting anxious about it at breakfast or even the night before, they would say, “Tammie Jo, I need help [with whatever it was] in the farm or in the barn. I’m going to need you to put your chore clothes on and help me today. You can go to school tomorrow.”

They helped me keep perspective in school. Today I know there is so much pressure on our young people to perform at school. While those are all good goals, they are not life-giving. My parents definitely helped me keep that in perspective. As a result, with the other challenges that came on in life, I was always able to step back, breathe and say, “This isn’t life itself; this is just part of life.” If you can’t tackle something head-on, take it at a side glance, but take it, take that hurdle.

Another thing was that by junior high, I had come to know Christ. Now I had faith in a God who loved me and my worth in Him never changed no matter what other people said I accomplished or didn’t accomplish. That’s just a very peaceful anchor in life.

As far as Flight 1380, there was a moment where I wasn’t sure we were going to keep all the big pieces on the aircraft and make it to a runway. I don’t know if it’s my pilot mind or my woman’s brain that just makes me carry out those options to the very end, but I realized then that day might be the day I met my Maker. When I realized that and that I wouldn’t be meeting a stranger, then I just had a calm to carry on with flying until we landed.

You relay the many welcoming and kind people you encountered during your time as both a Navy and Southwest pilot, but also some absolute tyrants and bullies. You recount these stories with graceful determination. In innovation there will always be doubters and cynics, and some who go so far as to try to sabotage another’s project or funding. What advice do you have for those who deal with these sorts of people?

Shults: My very first and foremost advice would be, don’t let an offense get in the way of a great opportunity. I can give so many different examples where it put me in a position to learn something I wouldn’t have otherwise. I grew and learned from it.

For example, when I was flight instructing, I already had my tests done and was waiting to get on the schedule to get my call to be a gunnery instructor. It was something that all my peers and I counted down the time until we were senior instructors so we could get to do it. I got pulled out, and a guy much junior to me who hadn’t done any of his studies or cleared his tests got put on the schedule instead. When I asked the skipper about it, he said, “No, I will not have a woman teaching guns in my aircraft, in my squadron, in my Navy, in my time.” He was very public about this. This was done in the ready room with all ears listening and as a result, it set the tone of how the commander on down could treat and speak to me.

Then, I was sent to teach Out of Control Flight (OCF), which was what everyone hated. I decided, “If this is what I’m going to do, then I’m going to be the best OCF instructor I can.” As a result, I learned how to take an aircraft completely out of control, being flopped around and experiencing positive and negative lateral g-forces, and then regaining control. It teaches you to learn that feeling of, “I don’t have to be in control all the time to be able to get back into control.”

It served me well as an aggressor pilot in my next two aircraft in my next squadron, as well as a Southwest pilot, particularly on the day of Flight 1380. I also learned some ground lessons, such as leadership always sets the tone.

In the opening to chapter 13, which describes the crew of Flight 1380, you quote the African proverb: “If you want to go fast, go alone. If you want to go far, go together.” You describe how you took the time to build a bond and trust with your crew at the beginning of each flight. So much of innovation depends on teamwork and building off the ideas of others, yet some are tempted to be a “lone wolf” because they feel it is faster to go it alone, or because they want glory for themselves. What ideas and recommendations do you have about building cohesive teams that innovate together?

Shults: First of all, I think you need to know your team before you can trust them. It sounds very simple, something that your grandmother and mother probably taught you, but you have to show that you care. As a leader, if you show people that you care about them, there’s an automatic trust that goes along with that.

Sometimes it comes just as simply as, for example, showing up at a crew meeting with a tray of coffee and cream. Even if they didn’t drink coffee, the crew knew I thought of them before they got there. It created a natural draw to the gallery, rather than me making an announcement for them to come to the front galley for the captain’s brief. It was a way to avoid making people feel pushed or ordered around. I don’t think any of us like that, even if the person above us has the right to order us around. When it comes naturally, it just makes the team more cohesive.

At Southwest, I would try to make sure as a crew we met before each flight to get on the same page and have the same mental image of what’s going on that day and how far we’re going together. Also, we would exchange a few personal details to build bridges of communication. By doing that, as a captain I heard about problems a lot earlier than if we were just talking business only. That way, they would loop me in early and we could solve a problem without slowing down. A problem solved earlier is so much easier solved.

Definitely take time to show that you care about your people, dialogue (not just monologue), and then always give authority along with responsibility.

Your entire career seems to have been one of confident, determined persistence with a humble, faithful, and positive attitude. It took two years for you to find a recruiter to bring you into the military; actions by some isolated people put you in physical harm and jeopardized your career; and in describing Flight 1380 you state that the lessons you learned from the seasons of turbulence in your life are what you drew on when you needed to fly and land the flight. Innovators benefit from those same qualities of confidence, determination, persistence, humility, faith and positive attitude. What recommendations do you have to build and foster that?

Something I’ve always marveled about occurred in boot camp. Getting into Navy flight training took me years and various recruiters. When I finally got to boot camp, and we’re all lined up to get our heads shaved (at that time, women got their heads shaved the same as the men), there were a couple of guys who dropped out of the haircut line. I’m thinking, “This could not have meant that much to you, if cutting your hair makes you quit.” So, I think persistence is another factor. I think you’re wasting your time if you chase after things that aren’t worth cutting your hair over.

I do think there’s also something to be said about humility. I was raised by two extraordinary people, and I have Christ as a flawless example of humility and strength. Having good examples around me, having a focus and realizing I’m not going to attain perfection in a day (or even in a year or two) has been helpful for me.

Also, you can learn a lot when people are ugly to you. I’d had some people that had been ugly to me, and they never came around. But I had others who when they saw that I wanted to do exactly what they had done, wound up becoming my friends. You’ll make some friends out of the naysayers, and others will continue their way. You’ll just have two “parallel paths” for a while until the paths diverge.