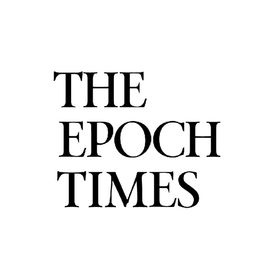 On April 17, 2018, Capt. Tammie Jo Shults headed to LaGuardia Airport in New York to pilot Southwest Airlines Flight 1380, bound for Dallas. That flight, as it turned out, wouldn’t be routine.

The plane had only been in the air for 20 minutes and had reached an altitude of 32,500 feet when it was rocked by an explosion. Shults would describe it later, “like a Mack truck hit the side of my aircraft.”

The plane shook violently, rolled, and started to dive toward the ground.

Data shows that the plane lost 2,700 feet in the first minute, 4,300 feet in the second minute—it was descending faster than the normal rate of 2,500 feet per minute, though it was nowhere near a free fall. Within five minutes, they dropped 18,000 feet.

Shults and her first officer Darren Ellisor found themselves facing not one type of emergency, but several at once.

A turbine fan blade had broken in the left engine, creating an explosion, so the plane was now running on a single engine; in addition, shrapnel had cut hydraulic and fuel lines and broken a window at row 14, causing sudden decompression inside the plane.

It all hit at once: the roar of the plane traveling at 500 miles per hour, the piercing ear pain, the feeling of being unable to breathe, debris flying around in the cabin. Through it all, the plane continued to shudder violently.

The first few minutes proved critical. Shults and Ellisor regained some control of the aircraft with delicate maneuvering. Shults explained that guiding a plane with a single engine and a punctured cabin was like “driving on black ice.” You couldn’t force the plane to go your way, you had to work with it. Every time they tried to turn the plane left, it felt like the plane wanted to roll onto its left side.

Upon Ellisor’s suggestion, the pilots decided to head to the Philadelphia airport, which had long runways, and they were familiar with it.

The fate of Flight 1380 was a fortunate one. Though it was reported in the news, Shults has written a new book, “Nerves of Steel: How I Followed My Dreams, Earned My Wings, and Faced My Greatest Challenge,” released in December 2019. It gives insight not only into that day, but into the events in her life that, in a way, prepared her to play her role and save the lives of so many.

Flight 1380 touched down at the Philadelphia airport 20 minutes after the explosion. There were 144 passengers, and five crew. All but one passenger survived—a woman seated by the window at row 14.

Shults wasn’t immediately identified by Southwest—but she was hailed a hero. On social media, gratitude poured in: “The pilot, Tammy Jo was so amazing! She landed us safely in Philly. God sent his angels to watch over us. I actually heard someone say, there is a God!!” wrote one passenger on Instagram.

On the ground, the EMT who would take Shults’s pulse and do an EKG—as standard procedure required—was amazed: She didn’t even have an elevated heart rate.

Before her career at Southwest, Shults was a naval aviator—one of the first women in the U.S. Navy who got to fly an F/A-18 Hornet.

Many attributed her “nerves of steel” to the training she got in the military. There’s that, of course, but according to Shults, there’s much more to it.

Shults wrote: “I believe my calm voice and pulse rate that day were the product of more than my training and demeanor. They didn’t magically appear in a sudden moment of need. They’d developed over the years, nurtured through each life experience by my faith and confidence in God’s goodness.”

The day of that fateful flight, Shults started the day as she did any other day—with her Bible and a cup of tea.

Even in the last moments of the descent, as she was piecing together how to get the plane to do a final right turn when it wouldn’t, she was talking to God.

Looking back on the day, Shults noted that when Philadelphia was announced as the destination, it didn’t change a thing about the circumstances, but it gave everyone hope—a powerful gift.

“Hope is the glue that holds us together when facts and circumstances could easily tear us apart,” she wrote.

When she was young, Shults grew up on a ranch in New Mexico next to the White Sands Missile Range and Holloman Air Force Base, and she would watch military jets dogfighting in the sky. Her dream was to fly, but she would face many obstacles along the way, whether in the U.S. Navy or in her early days at Southwest. Many would try to smear her reputation, throw her under the bus, and make it clear she was unwelcome.

Despite all this, she never adopted a victim mentality. She knew that life would hold hardships and that there were individuals who wished her ill, but it wasn’t that whole organizations were against her.

When the going got tough, her mother would always tell her, “Tomorrow morning, the sun will rise and the birds will sing.”

Once, while having a difficult time with an instructor, she told herself, “My worth was determined by my Maker, not my instructor.”

Despite her encounters with difficult people, she also met kind and caring individuals. And so Shults advocates focusing not on the villains but on the heroes.

“Heroes do not require a title or equipment. They don’t need to land a crippled plane. A hero is someone who takes the time to see and makes the effort to act on behalf of someone else. In a word, they care,” she wrote.

After Shults landed the plane, she made it a point to walk through the cabin and make eye contact with everyone. She took the time to check on the children, including a baby girl who had fallen asleep.

The loss of the passenger in row 14 weighed heavily on her. But at the same time, she was incredibly touched by the display of heroism all around her—from her first officer, the flight attendants, the first responders, the ground team, to the passengers.

When she stepped into the cabin, what she found was not a crowd of anxious, terrified passengers but people who were calm and composed. They had looked out for each other, and some had taken great risks to help one another.

“These people didn’t suddenly become compassionate or courageous. They had a history—they had a longstanding habit of loving others and acting unselfishly,” she wrote.

One thing is certain: It takes a hero to know one.