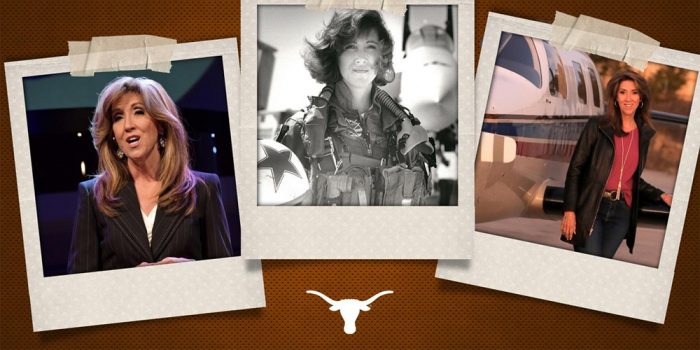 The former Naval aviator will be honored when Texas Football hosts Kansas. 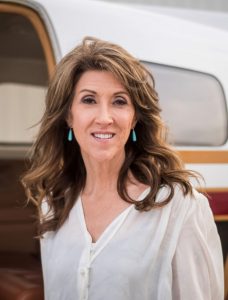 Tammie Jo Shults grew up in New Mexico with two parents she describes as “practical and hard-working.” They were hands-on ranchers, and that often kept them in the field instead of cheering in the bleachers during Shults’ track meets.

Shults was actually empowered by their absence and commitment to their trade. She wasn’t competing for the applause of others.

“You do what you set your mind to, and I did track because I wanted to,” Shults said.

That deep understanding of motive and merit provided the stable foundation to Shults’ uncharted career as a Naval aviator. She earned her Wings of Gold in 1987, and later became one of the first women to proceed through A-7 weapons training or to fly in the F/A-18 Hornet, as Congress lifted policies excluding women from flying combat missions during Shults’ service.

Shults said she had to fight to get into boot camp. Once in flight school, the academics of aeronautics were a struggle; adversarial commanding officers and invalidations were some additional obstacles that tested Shults’ determination, but ultimately they became the tests that resulted in a life defined by grit and grace.

“Did I have the merit to be there? That was something I had to come back to a lot. What was my motive? And I felt like I could, there was nothing wrong (with being a fighter pilot). I was excited to do something for my country,” Shults said. 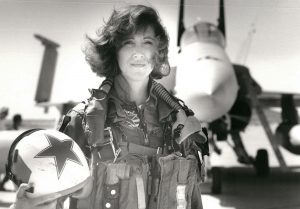 Shults’ dream of flying was actually just the starting point to put her in the places and situations “ready to be called upon.”

As a Southwest Airlines pilot, Shults was the captain in charge of almost 150 souls on board an aircraft that made an emergency landing in Philadelphia. The flight encountered rapid depressurization and engine failure, yet Shults safely navigated the vessel back to the ground.

“Discipline comes with any emotion, and there is a determination to keep focus on the final goal,” Shults said. “With a calm mind, you can remain agile and flexible in your thought process.” 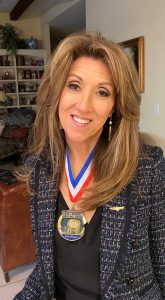 Since retiring from Southwest Airlines in September 2020, Shults has focused on opening more doors into the aviation sphere. She is working to bring a four-year extracurricular enrichment program to high schools nationally, and especially in rural and reservation lands, which will help teenagers learn about flying and possible career options.

Additionally, she serves on the FAA’s Women In Aviation Advisory Board, working to find the barriers faced by female pilots, and enacting policies that remove them.

“Sometimes you get busy doing your job, not knowing the ripple effects, but often your dream is what opens up others’ dreams. It’s not just for you,” Shults said.